As anticipated in our Global Games Investment Review published earlier in the year, 2012 is proving to be a year for strong consolidation and investment across the games market. Although we only have one Quarter of data for 2012, trends are emerging compared to 2011.

The consolidation we anticipated in Social Games 1.0 has begun, and we are seeing substantial dealflow (both completed and in progress) of social games companies looking to sell themselves through the course of 2012. If the number of investors and management teams asking for our help is an indication, there could be major consolidation this year.

We think it is possible that the Zynga/OMGPOP $180M transaction could change some of the operational investment dynamics in the Social games sector, with well funded competitors investing heavily to try to manufacture a hit in the hope of being acquired at a high valuation. While this could work, a hit driven operational investment approach is not without risk. Other competitors are taking a measured operational approach to building strong portfolios of games for sustainable growth, and we continue to admire King, Wooga, Peak and others in this regard. 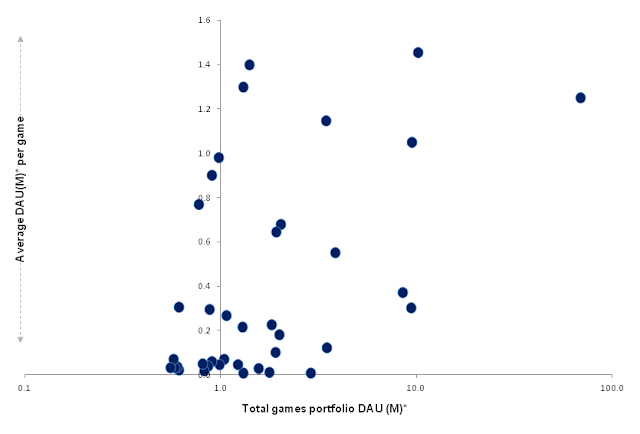 Social gambling (driven by hopes of US regulatory change) has emerged as a driving force for social games M&A, with the IGT/Double Down Interactive $500M transaction and the second half of the Caesars-Harrah’s/Playtika Est $90M transaction accounting for a large chunk of recent social games M&A. Unsurprisingly, we are seeing a lot of dealflow in this space. 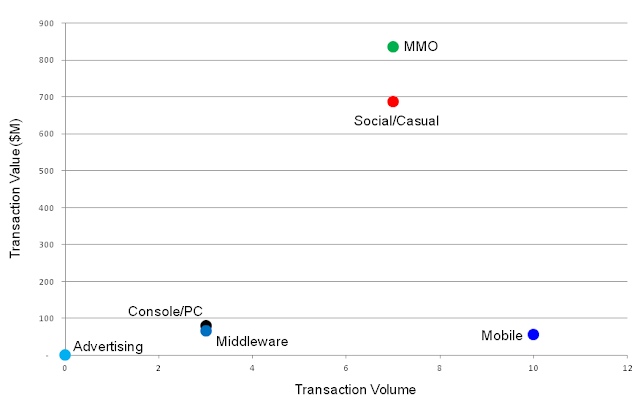 Again as we anticipated, mobile accounted for 30% by transaction value and 39% by transaction volume, and mobile (mobile-social in particular) could continue to be a driving force for games investment through 2012. The success of free-to-play seems to be attracting investors to MMO, accounting for 43% of transaction value and 21% of transaction volume. The strongest Chinese and South Korean companies we work with are actively looking to acquire and invest in mobile, social-mobile and free-to-play MMO both for domestic markets and as international growth platforms, and we anticipate they could continue to be strong investors and consolidators in these sectors. All investment transactions across sectors are detailed in the full Review. 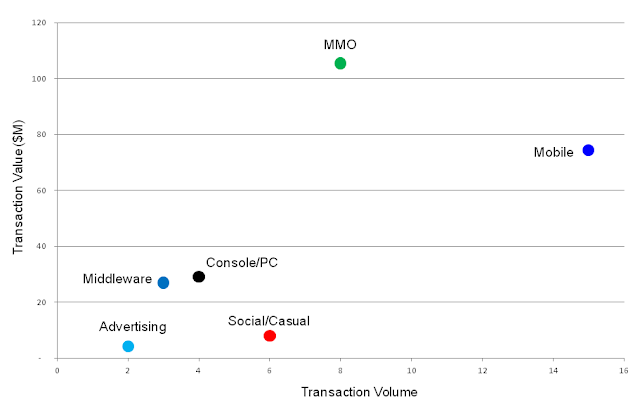 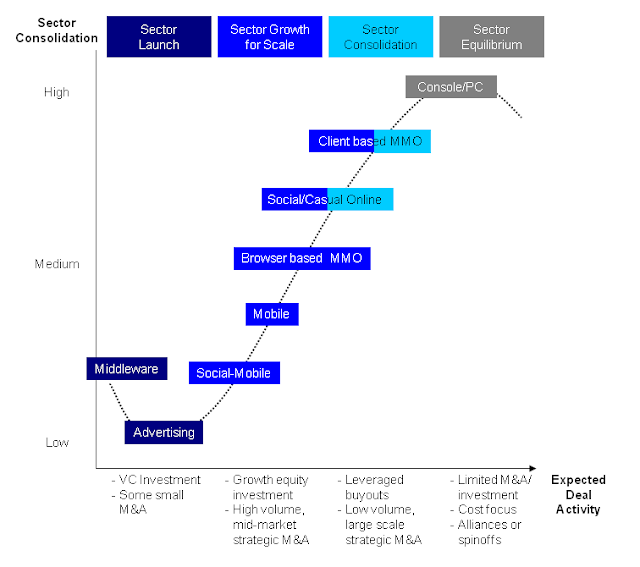 Finally this year we are increasingly being asked by larger independents and major corporates (both games and technology/media/telecoms) to help them with Strategic Reviews of their businesses, generally as a precursor to games investment/M&A. This interest is coming both from companies looking for growth, and companies with great assets in ex-growth parts of the industry looking to take advantage of the dramatic changes generated by online/mobile games. Where once online/mobile games were seen as the Wild West, CEOs across industries now understand they enable real businesses with both high revenue growth and high operating margins.

So 2012 continues to look like a great time for games M&A and investment!