This article first published in GamesBeat, GamesIndustry International and PocketGamer in July 2012.

As anticipated when the Review was published earlier in the year, 2012 is proving to be a bumper year for games M&A globally. Although we are only 6 months into 2012, games M&A has already reached 88% of the transaction value of all of 2011 (the previous record year). The first half of the year has also borne out our prediction that the Zynga IPO might be the high water mark for Social Games 1.0 investment. More than ever, now looks like the time for strong independent and larger, more established games companies to consider their strategic options. 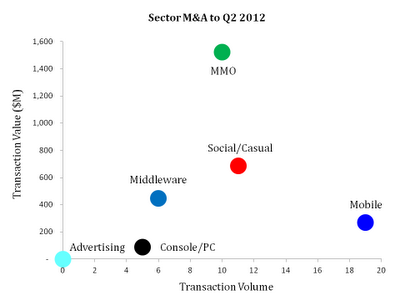 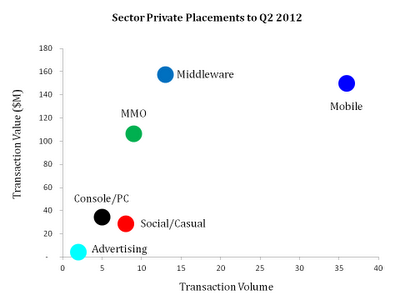 Both the dealflow we’re working on and the data we are seeing indicates that independent games companies are actively pursuing the following options by sector:

Increasingly we are helping companies with Strategic Reviews prior to advising on fundraising or M&A, as industry growth and transition across sectors present many opportunities and challenges. Similarly we’re helping larger, more established companies from both within the industry and adjacent (particularly gambling companies) as they look for great independents to acquire.

We can’t wait to see what the second half of 2012 might bring!